Temporal and spatial UV-B attenuation patterns in the Red Sea

Temporal and spatial UV-B attenuation patterns in the Red Sea

The Red Sea has unique physical and in particular optical properties amongst the global oceans and seas. Due to the arid climate in bordering countries there are no major river catchments flowing into the Red Sea, hence only minor amounts of allochthonous nutrient-rich, light-attenuating sediment is being added. Consequently, the Red Sea is one of the most ultra-oligotrophic seas in the world with very little biomass ( < 0.8 mg Chl l-1), which is being dominated by picophytoplankton including the cyanobacteria Synechococcus and Prochlorococcus (Lindell and Post, 1995).

During summer, intense and stable water stratification occurs with the consequence that the already scarce nutrient levels in the surface layer become further exhausted. The combination of virtually no fluvial inputs of humic substances coupled with minor amounts of chromophoric dissolved organic matter results in the Red Sea having one of the highest UV transparencies amongst marine water bodies.

Additionally, the Red Sea’s close proximity to the equator means that it receives one of the highest mean annual solar radiations globally (Khogali and Albar, 1992) despite large amounts airborne desert dust particles being present, which attenuate solar radiation in the atmosphere.

Previous work has mainly focused on the bio-optical properties of the northern Red Sea and in particular the Gulf of Aqaba (Stambler, 2005, Dishon et al., 2012b). With this study we intend to expand our existing knowledge about the Red Sea's optical properties, especially UV attenuation properties, across the whole latitude of the Saudi Arabian coast. The project further aims to detect temporal patterns of UV-B penetration on a seasonal scale, and identify the main modulators of ultraviolet-B attenuation. 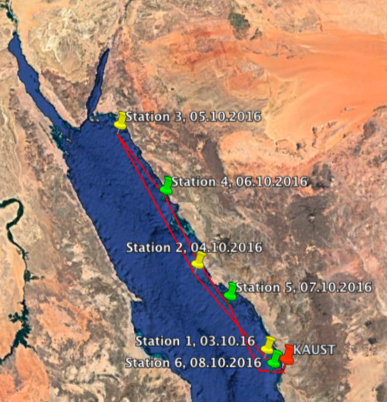 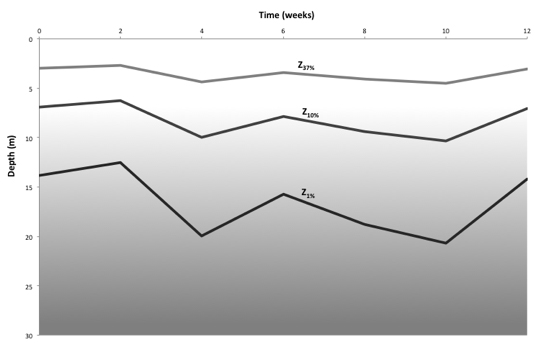